A New Queen Is Crowned!

This week in 2013 saw the crowning of a new queen! Now don't start pondering any changes to the monarchy just yet!  What I am talking about is Lytham's annual crowning of the new Rose Queen! It is an exciting part of Lytham Club Day!

What exactly is Lytham Club Day? This is my third year photographing the event (in a non-official capacity), but I really don't have a very good understanding about it. Many of my local readers probably know the answer to this question. Having said that, however, there were some I spoke with who seemed equally hazy about how it all began.  Fair enough, when something has been around as long as this annual event, it is easy to forget how or why it started.  Since I am eager to embrace and be part of this lovely community, and also for my readers who are not local, learning more about some of their history seems a good place to start. 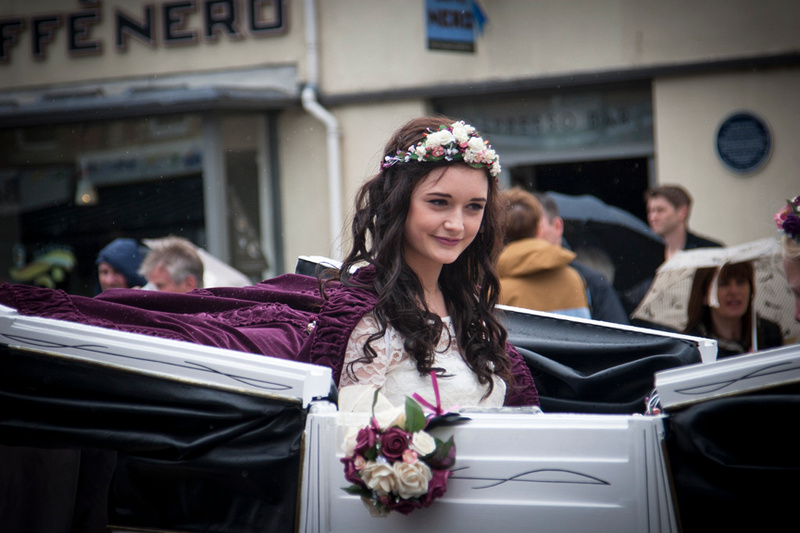 Quite surprisingly, at least to this American, Lytham Club Day started about 117 years ago!  And here, according to the official "Lytham Club Day & Rose Queen Festival" website, is the rest of the story, well at least as much as I could find, anyway. 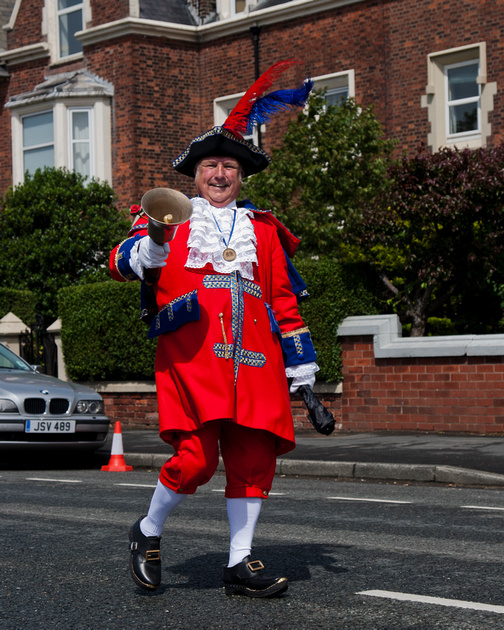 Early in the 19th century, Lytham was one of the oldest and most beautiful seaside resorts on the Fylde Coast, personally, I think that description is still true.  Like many towns, Lytham had a variety of clubs, and these clubs all had different purposes and interesting names. Naturally, there was a great rivalry between them about which club was more superior. Each year, all the clubs held their own separate meeting to discuss club business.  The "meeting" always included a pub meal, followed by a flow of drinking that more closely resembled a brew waterfall.  Each club fixated on trying to outdo all the other clubs. And then one year, it came to a bit of a climax when one of them had the cheeky idea (personally I think it was brilliant) to hire the town band to parade through Lytham. 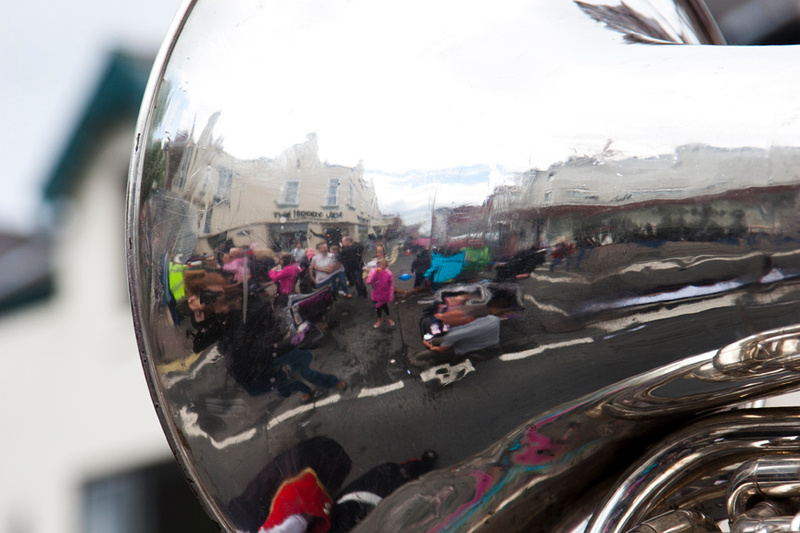 Just grabbing a Latte at nearby Cafe Nero!

The next year, other clubs followed suit, and so on, and so on. The competition continued, in fact, until eventually someone got the bright idea that all the clubs should combine and celebrate on the same day. This was around 1891. And so Lytham combined their Club Day celebrations to make it something for the whole town. Only it wasn't just their town that celebrated. Apparently word got out, and loads of visitors came year after year, even from as far away as the Lake District! It became a really big annual gala event, in fact, complete with parade, bands, clubs, Morris dancers, and more. The only exception, understandably, occurred during the years of WWI (1915-1918) and WWII (1941-45). 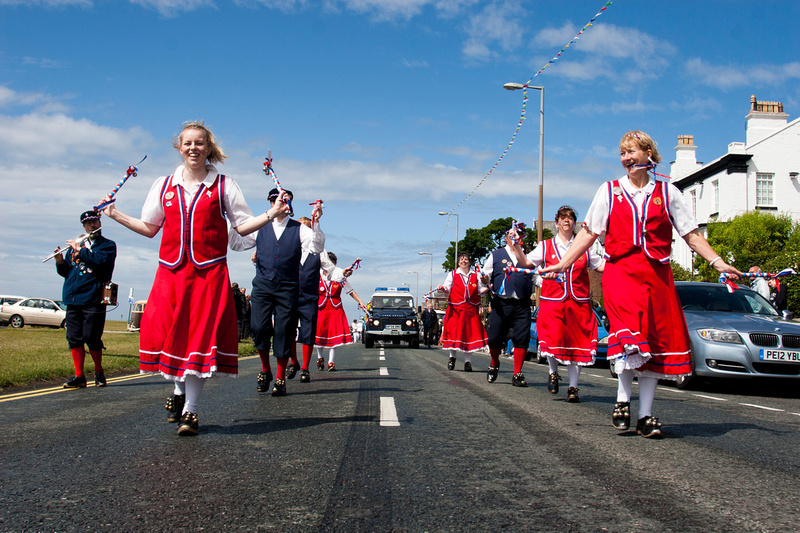 Yes, they thought I was a bit nuts!

Lytham Club Day added the Rose Queen Festival to the annual celebrations in 1894, and this tradition also continues on today. The first Rose Queen, Miss Annie Johnson, passed away on 13 February in 1976 at the wonderful age of 96 years. The Rose Queen for 2013, Anna Jackson, represents Lytham Methodist Church. Family and friends were all there supporting her on her special day! 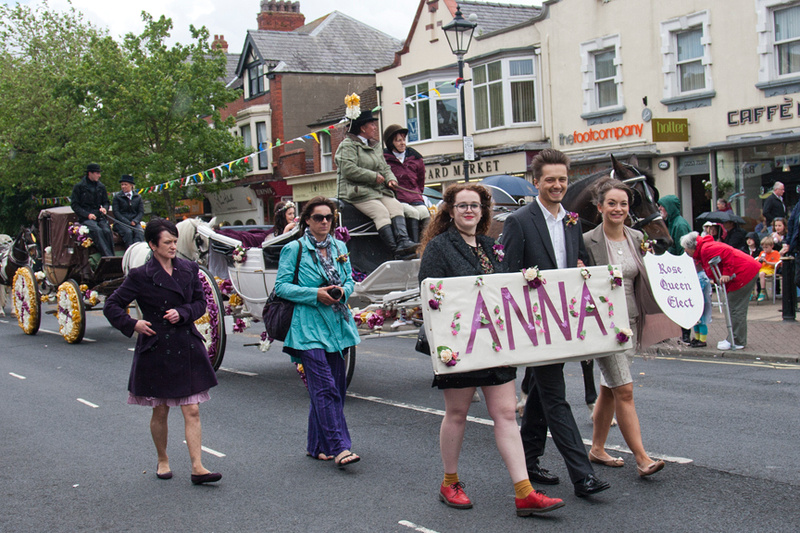 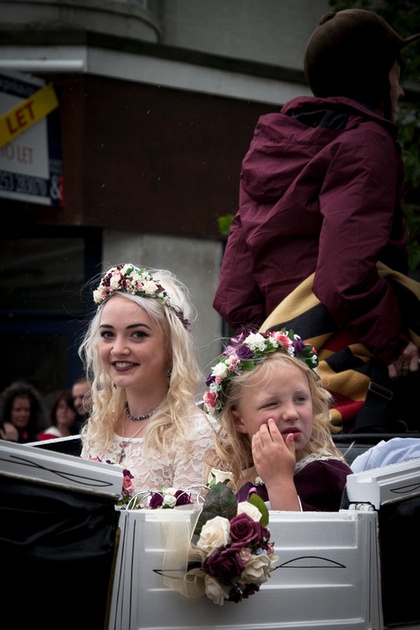 Clearly, beauty runs in the family of the new Rose Queen, here is sister, Ella

All in all, this is a family fun tradition that I, for one, am glad has stuck around. If you are wondering what my favorite entry in the parade is, I would have to say it is most definitely the bagpipe band, complete with their stern expressions and traditional kilts. Every year, I try to capture them with my camera from a low vantage point… 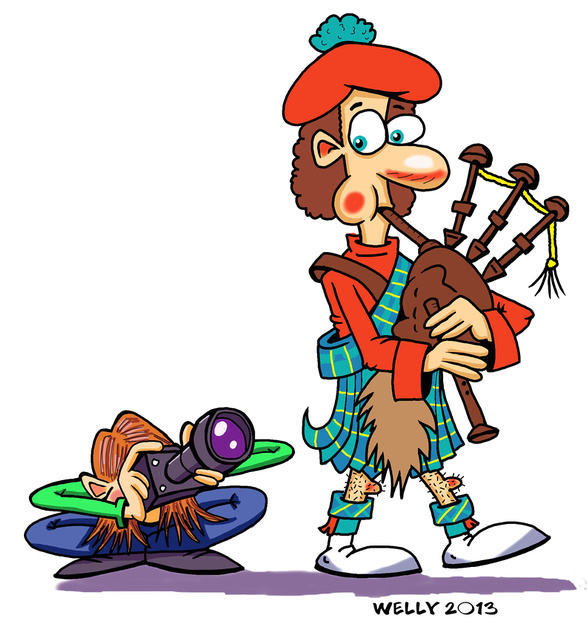 It's not what you're thinking!! Regardless of what this cartoon by the fabulous Welly implies, I was not testing the rumours about what pipers wear under their kilts (my word!), I just happen to think the bagpipes look better from that view! 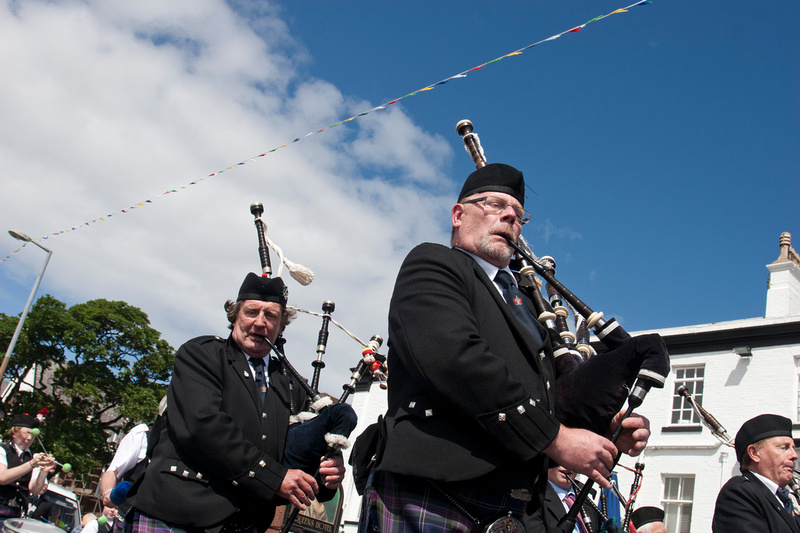 In truth, the mournful, emotional sound of the bagpipes moves me very deeply, and these pipers really know how to play!

In closing, here is a vintage amateur movie of Lytham Club Day, filmed in 1967! I found the clip on amounderness.co.uk if you want to check out other clips and photos from as far back as 1909! Originally, I planned to share the one from 1969, because I'm pretty sure I was at that parade, but the 'clip' was 8 minutes long! Enjoy this vintage treasure and please write and fill me in on any other information you might have about this fabulous tradition!!

See you next Saturday!