You don't have to walk far this summer to get a delicious whiff of something yummy cooking in someone's back garden! Planning a barbecue seemed like such a wonderful idea!  The weather was bound to be another perfectly sunny day, just as it had been for weeks! Yes, I know, this is England, so all bets are off!!  Uh-oh, was that a rumble of thunder? 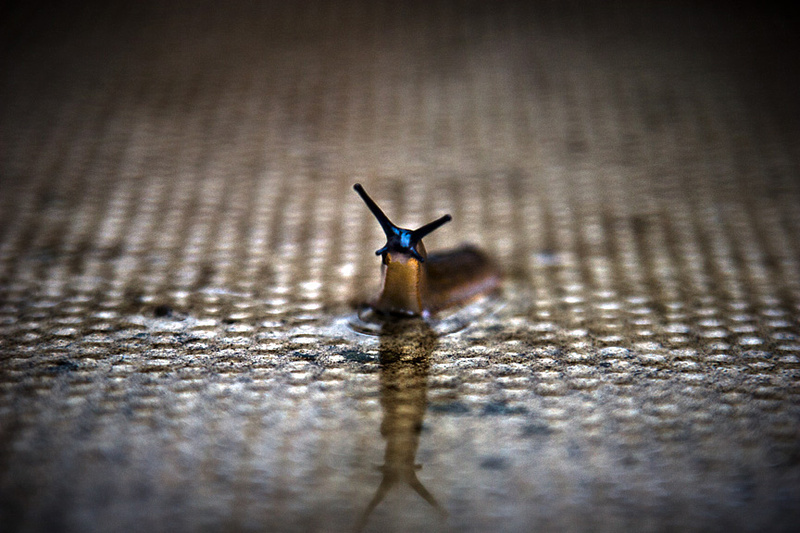 Nice that this little guy was able to reflect on things...not exactly what we had in mind, though!

All talk of weather aside, the "Great Debate" began from the moment Tim and I decided to have a barbecue and invite some friends over. Pre-conceived territorial notions sprang to the forefront! We drew our lines in the sand, casting sinister glares and daring each other to step over into the sacred territories we had claimed as our own!

Tim, like most men, decided his domain was anything DIY, including putting together the garden furniture, setting up the gazebo in case of rain, and being Chef Wells at the barbecue! Oh, hear the mighty caveman roar (she said without any attempt to hide her sarcasm)!! For the record, Tim has a lovely, but limited selection of dishes he cooks. Never once has he mentioned barbecuing being on that list. That's because it isn't.  Admittedly, you probably have a good chance of "winging it" when it comes to cooking burgers and sausages. Chicken, however, is a bit trickier. A host of potential problems exist, ranging from undercooked chicken that is charred on the outside, to chicken so overcooked that it more closely resembles sawdust in taste. 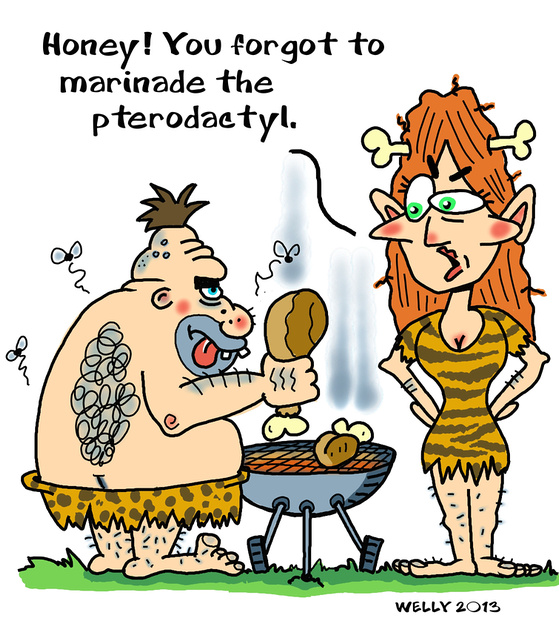 I didn't want to take over (uh-huh), but I did want to encourage him to do some research on the internet for the "proper" way to set up the barbecue, lighting the charcoals, and cooking the meat.  Yes, I did say that and he responded in much the same way you did just now, with peals of laughter.   Laugh if you will, but there is a plethora of helpful information out there to be explored!!!

Tim also decided that I should stick to the shopping, cooking, and cleaning.  Umm, I fully agree with the cooking, but cleaning?  Excuse me (insert a little Philadelphia attitude here), but is this where I am supposed to go and put on my French maid outfit? And if cooking is my domain, which it should be, don't you think I should also have some input into the barbecuing?  More growling, glaring, and gnashing of teeth, but the end result was the same...NOPE!

And there we stood, man versus woman, Mars versus Venus, armed with years of ideas and training instilled by generations of our genders, and neither of us willing to budge an inch. Naturally, we couldn't stand there forever, so to use a pun on purpose, we caved!  Only just a little, though. I decided that even if the worst happened to the chicken, we still had plenty of burgers and sausages. He "realized" that cleaning was actually his territory this time around, since we decided to have the barbecue at his place. Like many guys, he needed some convincing that cleaning was a necessity at all! Happily, we did the shopping together. Shopping, for me, is about as much fun as sticking a needle in my eye, so I was only too keen to have his company. As for the barbecuing, Tim begrudgingly said he would let me do all the prepping of the meat for cooking. Hmm, I'm beginning to think that was part of his plan from the beginning! I wonder if he whitewashed any fences as a kid?

There have been so many barbecues in this lovely weather, that I won't torture you with further details of flames shooting from the barbie amid children jumping to sugar-induced frenzies. I also won't mention how the wind picked up and started to blow rain that more closely resembled cats and dogs running sideways across the back garden, blowing most of our guests inside. What I will say is that in spite of ourselves, we had loads of laughs, good food and a really enjoyable time with our friends. Well done on the barbie, Welly! You have earned your territory now!! I must say, even the chicken was really tasty! 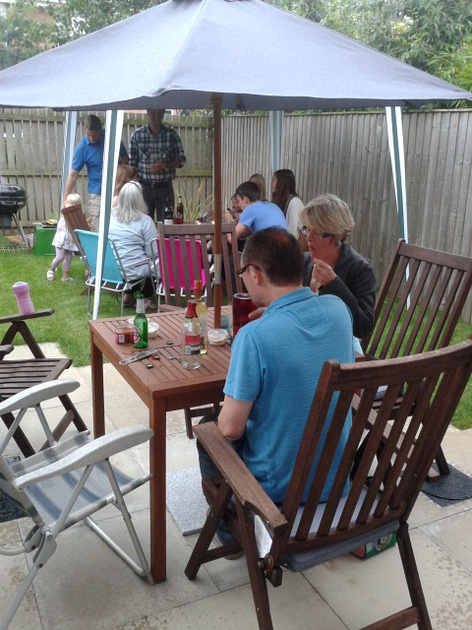 Proving he is just as good at "shooting from the hip" ... pre-rain photo by Tim Wells

The true benefit of this blog is that I get to have the last word…always, so let me just leave you with this little quote:

"I love how the men stand cooking around the barbie, while the women have done all the work beforehand doing the marinade and making the salads. And then everybody says, "what a great barbie!" to the guy cooking.  A barbecue is just the ultimate blokes' pastime, isn't it?" ~ Curtis Stone

Have a great week!  See you Saturday!